​We are a lodge of Freemasons – so in a word, our purpose and what we do, is to practice Freemasonry.  But what exactly does that mean?  What follows should provide some background. 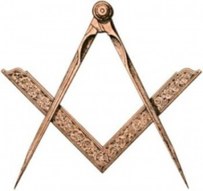 Freemasonry is one of the world’s oldest and largest non-religious, non-political, fraternal and charitable organisations. Where the roots of Freemasonry lies no one can say, they are hidden in antiquity though most believe it lies in the traditions and ceremonies of the medieval stonemasons who built the cathedrals and castles of medieval Europe. Masonic symbols come from various cultures and different periods of history, including the Ancient Egyptians and probably periods of antiquity before that. They often have several mystic meanings.
Freemasonry means different things to each individual – making new friends, contributing to society, celebrating a long tradition, experiencing personal growth, taking up a hobby, the pursuit of an intellectual discipline, having fun.
In essence, it is a moral and spiritual philosophy based on three fundamental principles: “Brotherly Love” (in layman’s terms the bonds of friendship that bind us together as members of a common humanity), “Relief” (the provision of charity and being of a charitable and benevolent disposition) and “Truth” (the search for spiritual and intellectual knowledge, contemplating our purpose in this world and why we are here).  Freemasonry is substantially about values – we want to be better people than those we each were yesterday and when we regularly surround ourselves with like-minded brothers then we support and accelerate this aim. Freemasons develop self-knowledge through participation in a progression of ceremonies. These ceremonies or rituals include allegorical stories designed to impart moral lessons to the participants and promote spiritual and intellectual growth.
In this sense, Freemasonry defines itself for each individual.  The best way to learn what Freemasonry is, therefore, to ask a Freemason what it means to them.  Here are the thoughts of one of our members: 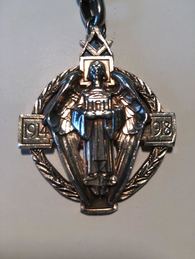 “The problem of defining Freemasonry is that it is something that is not designed to be defined, or at least be capable of being described in words.  It is something to be felt and experienced.  It is the sum of those experiences – as you go through the antient ceremonies for the first time as a candidate, as you see them done to others and finally as you participate in them yourself, that help define this experience.  Freemasonry holds a simple and profound secret, for which words were never made and which can only be hinted at in symbol and actions. Freemasonry is the very measure of a man. It uses the oldest tools of antiquity such as the square and compasses, tools used by the ancient stone masons for measurement, to demonstrate and pass on the great wisdom and truths of the ages. It uses tools of measurement because it believes a man’s greatness can be measured - not by his wealth or fame but by his deeds, his character, his truth, his tolerance, his charity, his trust, his friendship and his love for his fellow creatures and that the all-seeing eye of God will take the true measurement of a man’s actions. Freemasonry therefore believes that greatness can be seen by a man’s positive effect in the world and that to do good is the best way to glorify God.”

Many misconceptions concerning Freemasonry abound.  Freemasonry is not a religion and is open to men of all Faiths.  It is not a secret society (the fact you are reading this on the world wide web is proof in itself of that!) – its aims, regulations and constitutions are available publicly as are our meeting places.  Like any private club, there are simply certain aspects to our meetings that are private affairs restricted to a Lodge’s own members.  Any Freemason is free to disclose his membership of the organisation to anyone he chooses. 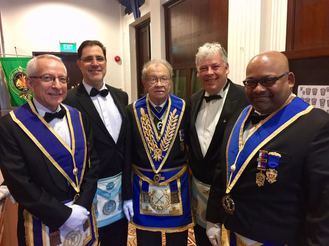 There are approximately 6 million Freemasons worldwide. They are a collective body of men of character and high values who want to develop their own moral and spiritual capacity and desire to make a difference in their community. Freemasons are men of all races, cultures and religions who share a belief in a Supreme Being. A key aspect of Freemasonry is the provision of charity, both to fellow members in need, their families and to the poor and disadvantaged in the wider community.
​
“Modern Freemasonry” is a product of the Renaissance, the age of reason and the birth of modern science.  During the late 1700s Freemasons were responsible for spreading the ideals of the Enlightenment: the dignity of man and the liberty of the individual, the right of all persons to worship as they choose, the formation of democratic governments and the importance of public education. ​Masonic charity predates the establishment of the modern welfare state by some 300 years.  Freemasons were the leading benefactors of the first public schools in both Europe and America at a time when there was no state-sanctioned social “safety net”. The Masonic tradition of founding orphanages, homes for widows, homes for the aged, operating children's hospitals and contributing to local community service continues and is embraced to this day.

What is a Lodge?

Freemasons organise themselves into lodges.  A “lodge” is the basic social unit, or membership group, for Freemasons. Lodges are presided over by a “Worshipful Master” who is usually elected to serve for a 12-month term. He functions effectively as the “CEO” of the lodge. The term “Worshipful” comes from Old English and is used to mean “greatly honored.” Mayors of English towns and cities are still referred to as “Your Worship.” This term has been passed down through the centuries and has been retained.

Much like a football team has a number of specialised positions on the field, so a lodge has a number of specialised positions or “Lodge Officers” that are selected by the Worshipful Master and/ or the Lodge to perform specific functions.  There are those that are “ceremonial” and have functions that are designed to assist in the ceremonies of Freemasonry and there are those that are administrative, who are responsible for the accounting, paperwork, organization and charity of the Lodge, as well as pastoral care of its members and their families.  For information on our Lodge Officers click here.
​​ 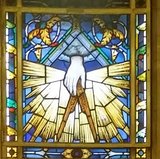 ​Masonic “rituals” are actually simply antient ceremonies that are used as the vehicle for instruction for Freemasons.  Freemasonry is made of up of four basic steps or levels, called “Degrees”.  Each Degree has its own unique ceremony.  Members progress through each of these Degrees over time, learning progressively more about Freemasonry along their journey.  When a Candidate joins a Lodge, he goes through the “First Degree” and becomes what we term an “Entered Apprentice”.  He then progresses through the “Second Degree” to become a “FellowCraft” until he finally becomes a “Master Mason” after having completed the “Third Degree”.  Thereafter there is one further related ceremony to complete the journey, after which the member becomes a “Royal Arch Mason”

​To find out more about Freemasonry, simply click on the following link. This site, presented by the United Grand Lodge of England (UGLE), gives a broad insight into what we do. Click here to access UGLE. 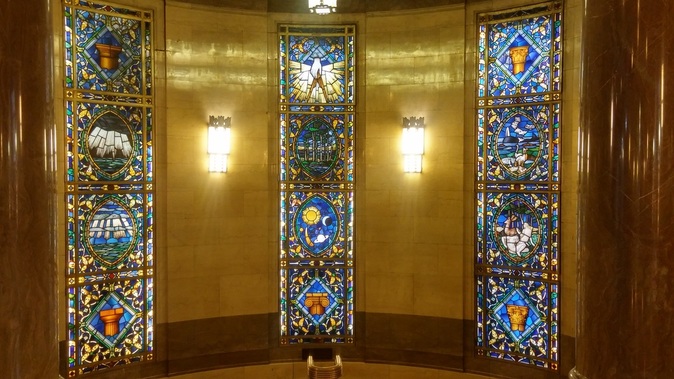