Introduction
As far as records can determine, The Lodge of St. George No.1152 has never conducted a meeting of the Lodge outside of Singapore (save for one meeting in Johore Bahru). Many members of the Lodge, such as W.Bros. Andrew Hiles, Ken Jones, Jarle Aakerman and Robert Page reside in Perth, following their brief sojourn in Singapore. Indeed the Worshipful Master of The Lodge of St. George, W.Bro. Christian Charlton and W.Bro. Andrew Hiles, being contemporaries upon joining The Lodge of St. George, were installed as Worshipful Masters of their respective lodges (in the latter’s case, Perth Lodge No.33 on the roll of the Grand Lodge of Western Australia) at the same time and on the same date in April 2016.
​
Upon a subsequent visit of W.Bro. Andrew Hiles to his mother lodge, both Worshipful Masters conceived of a plan to bring the Lodge to those of its members in Perth who found it difficult to return to Singapore – and as a special project to kickstart the Lodge’s 150th Anniversary Celebrations which also occur in 2017. Supportive and encouraging of this endeavor throughout, the Right Worshipful District Grand Master kindly granted dispensation to The Lodge of St. George to hold an Emergency Meeting of the Lodge in Perth, Western Australia on Saturday 18th February 2017 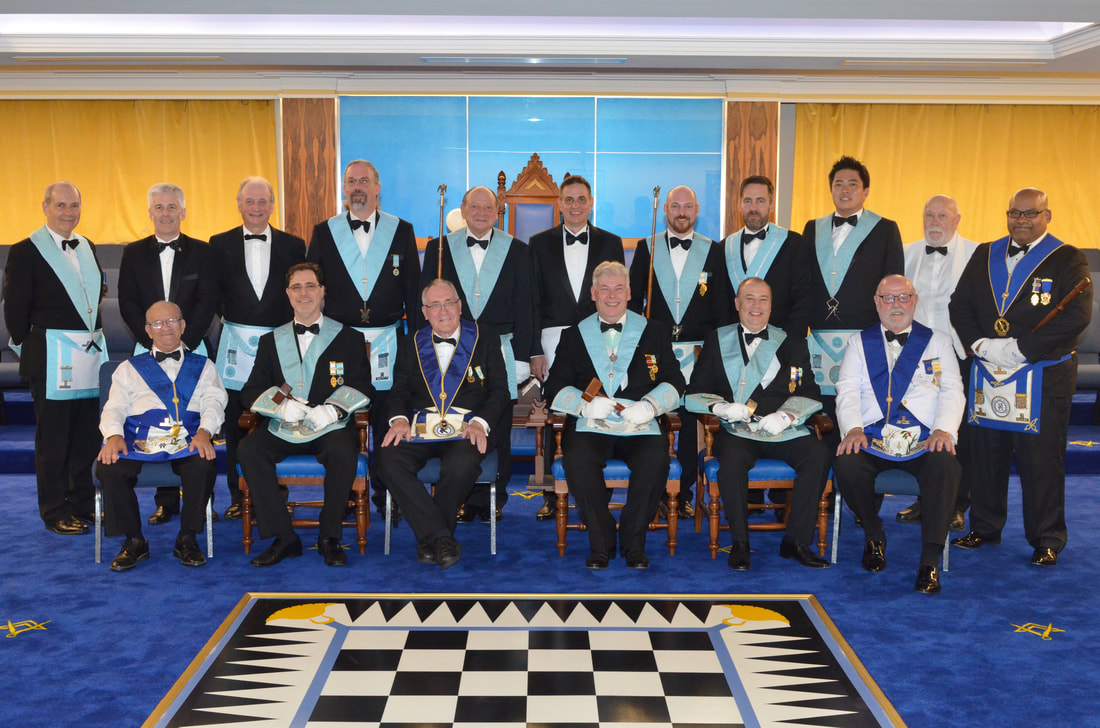 The “project” commenced with an official visitation from The Lodge of St. George to a meeting of Cornerstone Lodge No. 368 on the roll of the Grand Lodge of Western Australia. This was a Ceremony of Initiation conducted in their Masonic Hall at Herbert Road, Shenton Park 6008, a suburb of Perth, on Friday 17th February 2017. The Brethren of Cornerstone performed the Ceremony of Initiation and put on a display of flawless ritual that was a joy to behold and privilege to witness. With the St. George team having to perform the same ceremony the following day, this more than raised the already elevated levels of nervousness and anxiety in the team as to how they would benchmark themselves to what they had just witnessed. The Western Australian ritual was very similar in many respects to the English Emulation ritual, save that their First Degree Tracing Board lecture is significantly longer and more detailed.
​
Following the meeting, the Brethren adjourned to the Western Australian Club in the Central Perth CBD for a sumptuous Festive Board with spectacular views over Perth and the Swan River. W.Bro. Christian Charlton replied on behalf of the visiting Brethren and presented some gifts. The hospitality of the Cornerstone Brethren was legendary and excellent evening was had by all. 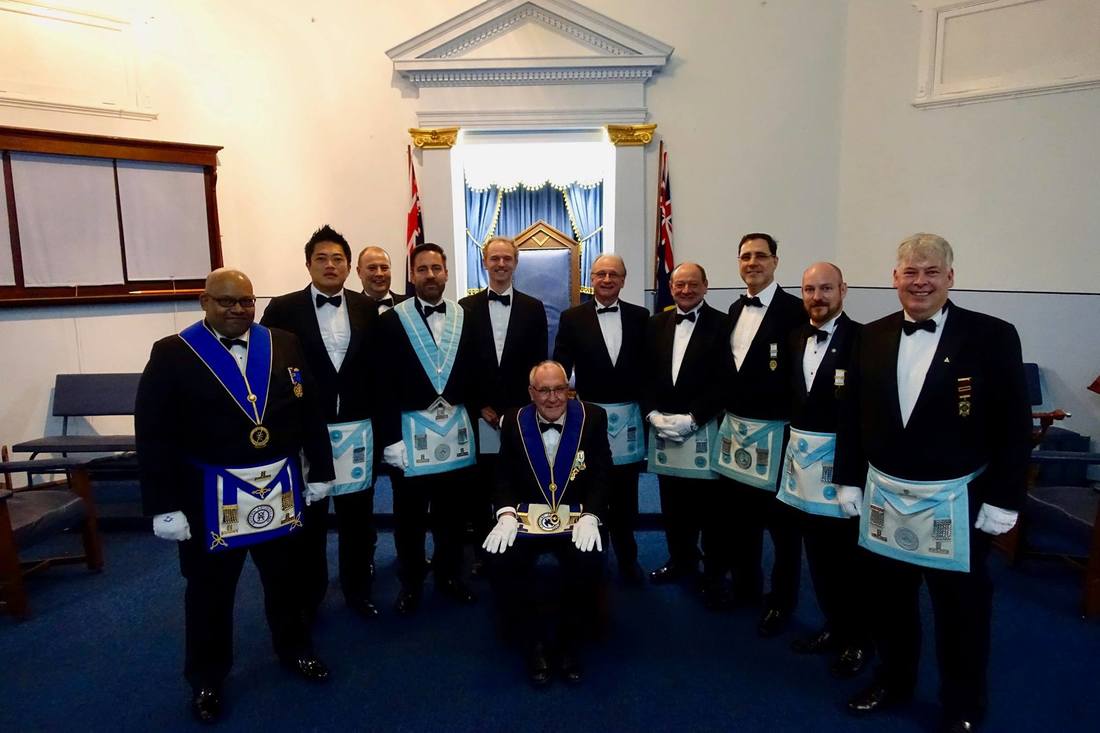 The Lodge of St. George Team at a Visit to Cornerstone Lodge No.368 WAC
​ 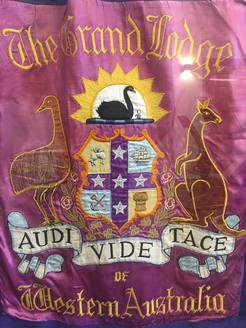 paraphernalia that had been meticulously carried down from Singapore and to conduct a practice meeting prior to the main event. The practice was much needed and the team felt much the better for it. They were assisted by RW. Bro. Ian Mansfield, a former Grand Director of Ceremonies of the Grand Lodge of Western Australia who’s assistance and kindness were humbling.
​
After a short return to the “team hotel” to change and get ready, the Brethren re-assembled at the Masonic Centre of The Grand Lodge of Western Australia to receive our “guests” (although the definition of a “guest” when a lodge travels to another jurisdiction is open to interpretation). Indeed, the Brethren of St. George were outnumbered six-to-one by over 50 visiting Brethren from approximately 14 different lodges belonging to the Western Australian, Scottish and English Constitutions, including a visiting Past Assistant Grand Director of Ceremonies from the United Grand Lodge of England. The enthusiasm and warmth with which the Brethren of Perth and Western Australia had received this traveling English Lodge from Singapore proved the deep sense of common values that exist in this Fraternity.

As the Lodge settled down to business, The Lodge of St. George had brought with them the heat and humidity of the tropics as the air-conditioning system of the building struggled to cope. The Lodge had brought its own candidate to Western Australia and proceeded to initiate Mr. Mark Anthony Newton (though he was announced at the door as “Mark Anthony” leading some inside to wonder whether Julius Caesar and the Roman Legions were without as well!). Naturally the logistics of such a meeting meant a number of changes to the usual line up of Officers but this appeared inconsequential as the team produced one of their best First Degree workings all year. Star of the show was Bro. Dominik Poignee, the regular Inner Guard of the Lodge who was performing as Junior Deacon for the first time and did so sublimely. Another Herculean effort came from W.Bro. Thomas Dawson who performed the First Degree Charge, again for the very first time. An exemplary explanation of the First Degree Tracing Board was rendered by RW. Bro. Peter Bloor, for which all Entered Apprentices (of which there were several) were invited to attend.
Following the meeting, the Brethren adjourned downstairs to the dining hall where a wonderful Festive Board of Tasmanian Salmon, Beef Wellington, Apple Pie, Cheeseboard (without which no St. George dinner is complete), charcuterie and fine wines was served. Our main “man on the ground” in Perth, W.Bro. Andrew Hiles (who was standing in as Junior Warden) was instrumental in helping to organise this and to him the Lodge owes a deep debt of gratitude.

An enjoyable Festive Board ensued during which the Lodge received many favourable thanks and acknowledgements from our guests for taking upon itself to embark on such a unique project. The visitors reply was given by W.Bro. John Halliday, the Worshipful Master of Plantagenet Lodge No. 1454 E.C. – the only Craft lodge under the auspices of the United Grand Lodge of England operating in Western Australia. Plantagenet Lodge is located in Albany, a five hour drive from Perth, and so it had taken his Brethren longer to get to Perth than it had the St. George team flying in from Singapore! But such was the effort and time that our visitors had contributed to support the Lodge and this Emergency Meeting. Indeed, it was noted that being the only English lodge in Western Australia, it was an extremely rare event for any of the Plantagenet Brethren to get to visit another English lodge and see an English working – so the visit of The Lodge of St. George also had the pleasantly beneficial effect of supporting our own Constitution in Australia. The meeting ended with the typical St. George fellowship and camaraderie, including the presentation of a wonderful gift of a gavel from The Grand Lodge of Western Australia to be used on the occasion of the Lodge’s 150th Anniversary. 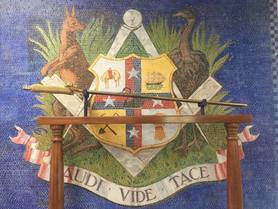 The labours of the weekend being done, before departing back to Singapore the Brethren of the Lodge who had ventured down to Perth were invited to an informal social event and fellowship barbeque at the house of W.Bro. Andrew Hiles on Sunday 19th February. This presented a wonderful opportunity to reflect on what had been an incredibly rewarding and successful trip, which had energized our Brethren, resulted in a deeper appreciation of our mystic art and created new personal bonds and friendships with our gracious and welcoming hosts in Perth. However, the St. George Brethren did not have the time for too much rest – less than five days later the same team were back in action at their Regular Meeting in Singapore performing a Third Degree! 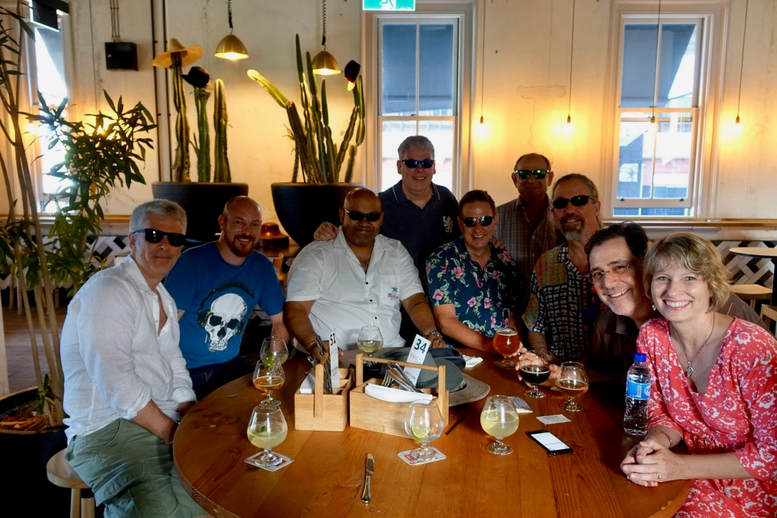 ​On behalf of The Lodge of St. George, we would like to thank everyone who made this Masonic expedition to another continent possible. The list is too numerous to mention, but without everyone’s help it would not have been the incredible success it was.
​
W. Bro. Saptak Santra, DAGDC The Lodge of St. George No. 1152 E.C 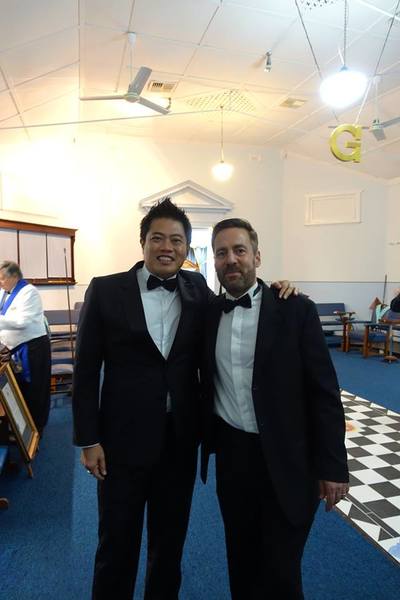 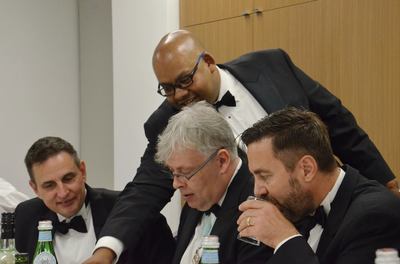 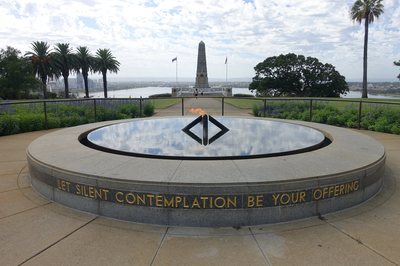