R.W. Bro. William Henry MacLeod Read, the first District Grand Master of the District Grand Lodge of the Eastern Archipelago, was a founder member of The Lodge of St. George – but what is often overlooked are his Masonic connections in England.  Cadogan Lodge No.162 was in many ways the Read “family lodge” – not only was Read our first District Grand Master a member of Cadogan but so were all three of his brothers – W. Bro. Robert Barclay Read (who actually announced the petition to form The Lodge of St. George in a meeting of Lodge Cadogan), Bros. E.B. Read and H.C. Read (who were Treasurer and Secretary of Lodge Cadogan respectively at the time of The Lodge of St. George’s consecration).
​
In the historic year of The Lodge of St. George’s 150th Anniversary, its mother Lodge therefore celebrated the even more impressive feat of its 250th Anniversary, having been founded in 1767, a mere 50 years after the first Grand Lodge was established.  To celebrate this historic occasion a delegation of The Lodge of St. George travelled to London to celebrate Cadogan Lodge’s 250th Anniversary meeting.
The “St. George contingent” comprised the Worshipful Master W.Bro. Thomas Graeff, the Immediate Past Master W.Bro. Christian Charlton, W. Bro. Robert Macvicar (PAGReg),  Director of Ceremonies W. Bro. Saptak Santra (DAGDC), Assistant Director of Ceremonies W. Bro. Dennis George Heath (PDGDC), Junior Warden Bro. Bruce Blanckley, Bro. Richard Turner and Bro. Nicholas Delf.  That “crack” team was supplemented by W.Bro. Paul Needham (a frequent visitor to and friend of The Lodge of St. George) and W.Bro. Rajash Singh from Eastern Gate Lodge No. 2970 who conveniently happened to be in London having  piloted the Singapore Airlines flight to London the previous evening.
​
The meeting took place on Tuesday 6th June 2017 in the beautiful surroundings of Temple 10 at Freemasons Hall, Great Queen Street, London. The guests of honour were the Metropolitan Grand Master, RW Bro. Sir Michael Snyder and the Earl Cadogan himself (a Past Deputy Grand Master).  The meeting comprised an oration on the long and distinguished history of the Lodge and culminated with a demonstration of “operative” masonry with the working of a stone using a mason’s tools.  The Worshipful Master of The Lodge of St. George, Thomas Graeff, also presented two commemorative coins (exactly 150 of which have been commissioned for St. George’s 150th Anniversary) to the Worshipful Master of Cadogan Lodge, W. Bro. Shravan Joshi.  The first coin was numbered “2” and the second “50”, in reflection of the 250th anniversary, and this was received with much fondness by the brethren of Cadogan.

Following the meeting, a special 250th Anniversary Banquet was held at the The Royal College of Surgeons of England.  This was preceded by a Champagne reception in the Hunterian Museum and Library of the college followed by a formal dinner in the Edward Lumley Hall. The highlight of the evening was an address by the Metropolitan Grand Master, Sir Michael Snyder.

It was revealed during the oration on the history of Cadogan Lodge that one of the early meeting places of the Lodge was the nearby Ship Tavern public house.  The visiting contingent of The Lodge of St. George wasted no time in joining some of the Cadogan members in retiring to this hostelry to continue the celebrations once the banquet had finished.
​

On behalf of The Lodge of St. George we would like to thank Cadogan Lodge for their legendary hospitality and the kindness shown in receiving us.  And of course, we congratulate this historic and venerable institution on its 250th Anniversary.  Finally thanks to the team of St. George brethren who traveled half way around the world to the “home of Freemasonry” to pay due respects to our “mother Lodge”, without whom we would not be in existence.

Postscript
Cadogan Lodge has a proud heritage and uniquely is a Lodge older than its number.  As a masonic institution it began its regular, warranted, recorded life on 9th  February 1767 at the King’s Arms, Bennett Street, Southwark, and had its roots in operative masonry, with founders who were operatives involved in the building of Blackfriars Bridge. It meets four times a year on the fourth Monday in January, fourth Monday in March, first Tuesday in June and third Monday in September at Freemasons' Hall, 60 Great Queen Street, London. Visitors from the District are welcome should they be visiting London –they can contact their secretary directly via the Cadogan Lodge website (www.cadoganlodge.org.uk) or introductions can be made through the Secretary of The Lodge of St. George. 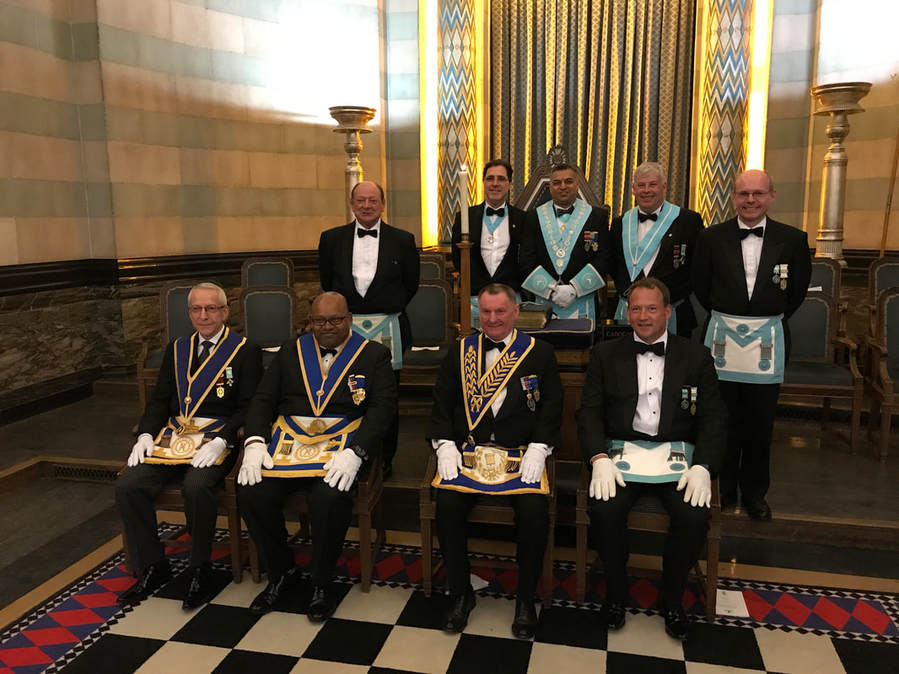 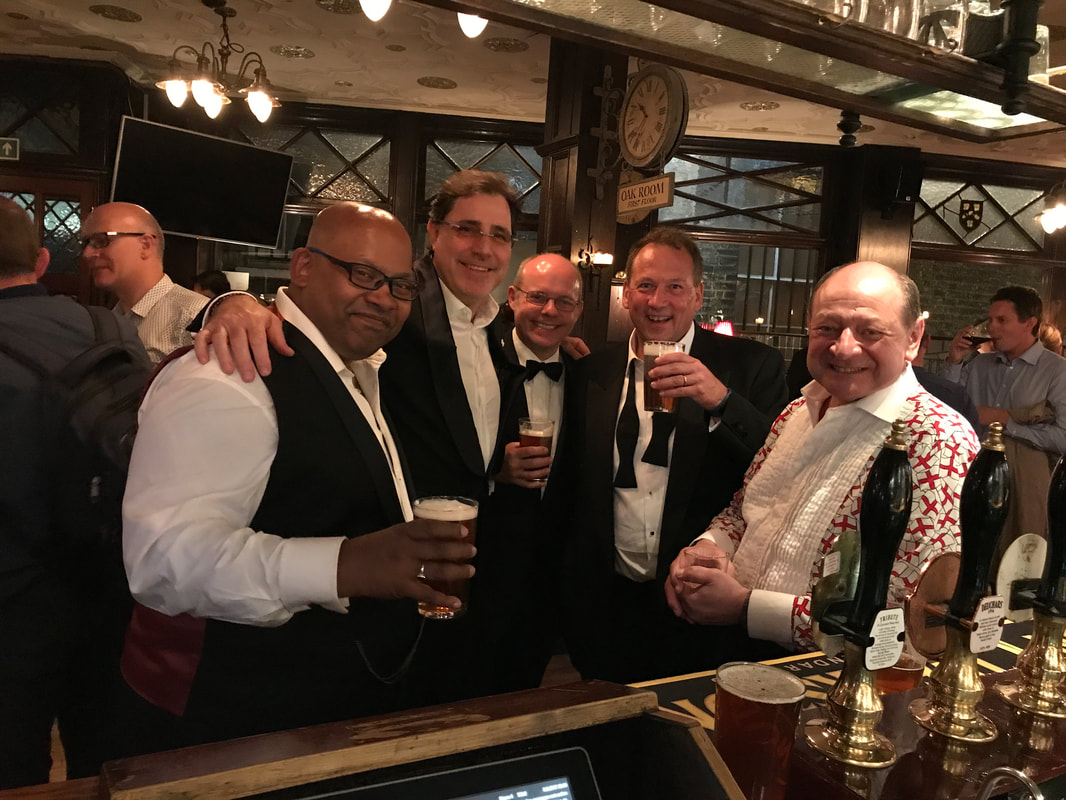 ​The reward that sweetens labour - The St. George Team “off-duty” at the Ship Tavern, former meeting venue of Cadogan Lodge No. 162