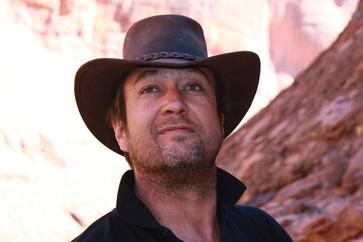 During the preparation of the Lodge for its 150th Anniversary, the Lodge was devastated by the news of the loss of one of its most generous and charismatic members, Brother John “Johnny” Jackson Walker.

Brother “Johnny” Walker was born on the 23rd October 1965 in Pretoria, South Africa. As a schoolboy he studied at the Waterkloof House Preparatory School and Hilton College in the Natal Midlands.  A proud South African, a Springbok supporter and big fan of rugby union football, which he loved (being a major sponsor of one of Singapore’s top teams, Wanderers RFC) and which fortunately is also the game they play in heaven.

When the time came for compulsory national service and he was called up to serve in the South African Army, he did so without hesitation and during a time of war, in what was then Rhodesia and also Angola.

Once “in”, his abilities, aptitude and attitude were soon noticed and although Johnny did not speak often about this time in his life, he was deployed with the South African Army’s No.7 Infantry Battalion as a rifleman and experienced first-hand the real horror of war. He carried the scars from that with him and this likely influenced, at least in some part, to his attitude in living life to the full and to always be “in the moment”.

Having served his country with honour, Johnny left South Africa and enrolled himself into Les Roches International School of Hotel Management in Switzerland, one of the finest hospitality training institutions in the world. Upon graduating in 1992, he then arrived in Singapore where his parents had been transferred to. After several months “on the door” at the legendary Singapore nightclub Zouk, he found a job working behind the bar at the newly opened No.5 in Emerald Hill. It did not take long before the affable Johnny was working his personal magic and drawing in the crowds, who were attracted to his style of open friendliness and legendary hospitality and he rose to the position of General Manager.

Motivated by what he had learned in Switzerland and a deep inner drive to succeed in every endeavour, he soon came up with a concept for a new bar and convinced the owner of his bar to open a new one next door – thus was born “Ice Cold Beer”. Johnny was the mastermind behind this bar and its concept and he oversaw all the design and reconstruction work. In testament to him, the two bars are still two of the most popular watering holes in Singapore to this day and in what has proven to be a very fickle market, their longevity provides a lasting testament to his entrepreneurial skill.

Still driven and with a love of seeing the underdog succeed, Johnny’s next idea was to take on the mighty giant in the beer and liquor market in Singapore – Asia Pacific Breweries and their marque brand, “Tiger Beer”. To do this he started the import and distribution company Pacific Beverages Pte Ltd in December 1996 with local partner, Mr. Lian Ee Shin. 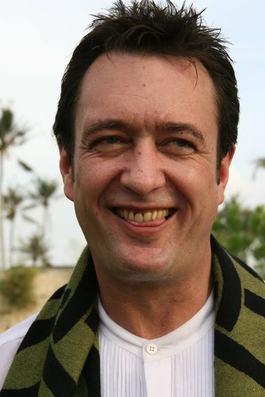 They began distributing brands such as San Miguel, Stella Artois, Hoegaarden, Boddingtons, Leffe and London Pride beers, and later as all Brethren in Singapore are more than well aware, spirits such as Jagermeister and Jose Cuervo Tequila. These are household names in Singapore today, but not at that time and it was Bro. Johnny who introduced these brands to Singapore for the first time.

His objective, from the outset, was for Pacific Beverages to be mentioned at every APB board meeting as an ever increasing competitive concern. An objective he and his team achieved and with such success that new brands wanting to enter the Singapore market, such as Monster Energy Drink, started to approach him to ask if they would become their sole distributer in Singapore.

Bro. Johnny forever seemed a character straight out of a Wilbur Smith story and specifically his novel, Men of Men. The adventure writer’s heroes are always larger than life, always courageous and lived to a strict, uncompromising, honour code from a bygone “gentlemen’s” era. A time when a man’s word was his bond and a handshake counted for far more than any contract drawn up by smaller men with quills.

It was no surprise then, when he was proposed for initiation into our fraternity by Bro. Patrick MacMahon and seconded by W Bro. Phil Cunningham, the latter of whom also initiated him whilst as Worshipful Master of the Lodge on 24th November 2000.  He was subsequently Passed on 23rd February 2001 and Raised as a Master Mason on 22nd November 2002.

The surprise came in typical Johnny fashion during the notable ceremony of his initiation. Firstly, while being prepared as a Candidate for Initiation by the then Tyler W Bro. Desmond Holloway, Des asked Johnny to remove his trademark “cowboy” boots (with which he was invariably dressed, regardless of the occasion) and prepare to be slipshod. Johnny replied that he didn’t wear socks… so poor Des, not wanting to delay matters (and unable to fathom how anyone could go about sockless), did the only thing he could think of – he removed his own socks and “loaned” them to Johnny. This led to an interesting spectacle as Des was a size 8 and Johnny was a size 13, so was very nearly slipshod on both feet! Then as his left breast was made bare, there was revealed a tattoo of a topless Hoola dancing girl, which raised more than a few eyebrows on his initial perambulation. Finally, on having his hoodwink removed, his first actions (before anyone could intervene) was a big, wry smile and the words “hello boys” …it was classic Johnny.

Bro. Johnny was the proposer of Bro. Ryan Crowe who, now living in Houston, Texas, remembers him fondly.  He recalled how, when he was preaching moderation in trying for the umpteenth time to get Johnny to slow down, Johnny responded with a twinkle in his eye, “Crowey, the thing is: every night I visit my customers at their various bars and I always pick a table for three. A seat for the customer, one for myself and one for moderation…but moderation, invariably…fails to turn up!” 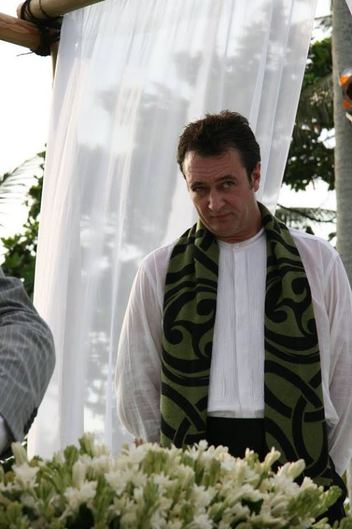 So many Brethren have so many great stories of the times they shared with Johnny.  Things just seemed to happen when he was around.  Nothing was ever a problem too big that couldn’t be solved by the oracle that was Johnny, 25 San Miguel beers and 10 shots of his trademark tipple, Jägermeister.  The words of wisdom spoken by Johnny at that point of the night invariably seemed to come directly from the man upstairs himself – at least that is what he would tell you. As Bro. Ryan Crowe recollects, “Crowey – you can always come to me – I have the big guy upstairs on a direct line” he would say as he pointed to the heavens.

Bro. Johnny was an extraordinarily generous brother, who constantly supported and donated to a huge number of worthy causes and unfailingly supported the Lodge’s charity events. Even for special personal occasions and events in the life of the Brethren, any payment he would steadfastly refuse and he never sought thanks or even acknowledgement. From church orphanages in Sydney to disaster relief in the Philippines to conservation in his beloved Africa, Bro. Johnny was a man driven by a burning desire to ease suffering and help the less fortunate and afflicted wherever he found them.

Johnny was loved by not only his friends but his staff and all he met in the hospitality industry…and he met a lot, as can be borne out by the numbers that attended his wake. His funeral at Mandai Crematorium was filled to overflowing with people having to stand in the road outside the hall in order to pay their last respects – such were the number of people he touched.

Brother Johnny was called to the Grand Lodge Above on 24th October 2016 on the morning after celebrating his 51st birthday after having suffered a catastrophic heart attack. He is survived by both his parents, his brother and a sister.  The company he founded, organized a week-long wake during which almost every member of the Lodge paid their respects.

The Friday before his funeral coincided with the October Regular Meeting of the Lodge, during which a moving tribute was paid.  A eulogy was rendered by his close friend, Bro. Vibhu Sharma after which the Lodge observed a minute’s silence and finally a procession was formed to carry a framed picture of Brother Johnny together with his Master Mason’s Apron and a single red rose on a final perambulation of the Lodge. As the doors of the Lodge opened to carry his picture and apron out for the last time, there was barely a dry eye in the room.  In the Masonic Club bar after Festive Board, the Lodge toasted his life with his trademark tipple, a shot of Jägermeister. And then promptly finished off 6 bottles of the Germanic concoction! To this day, whenever a glass of that substance is in the hands of a Brother of The Lodge of St. George, it is accompanied by a look to the heavens and a toast to a much loved, absent Brother. And so is his epitaph written into St. George folklore.

Brother Johnny encapsulated as a man everything that being a Freemason and a proud member of The Lodge of St. George stands for.  He lived life to the fullest and always extended the hand of Brotherly love, touching the lives of everyone who met him. They say that “to live in the hearts and minds of men is not to die” – in that sense Bro. John Jackson Walker shall live eternal in The Lodge of St. George.  It was an honour and a privilege to have called him a Brother and a friend, and to have walked the floors of this Lodge at the same time as a giant such as him.  Sleep in Peace Brother, and see you on the other side. 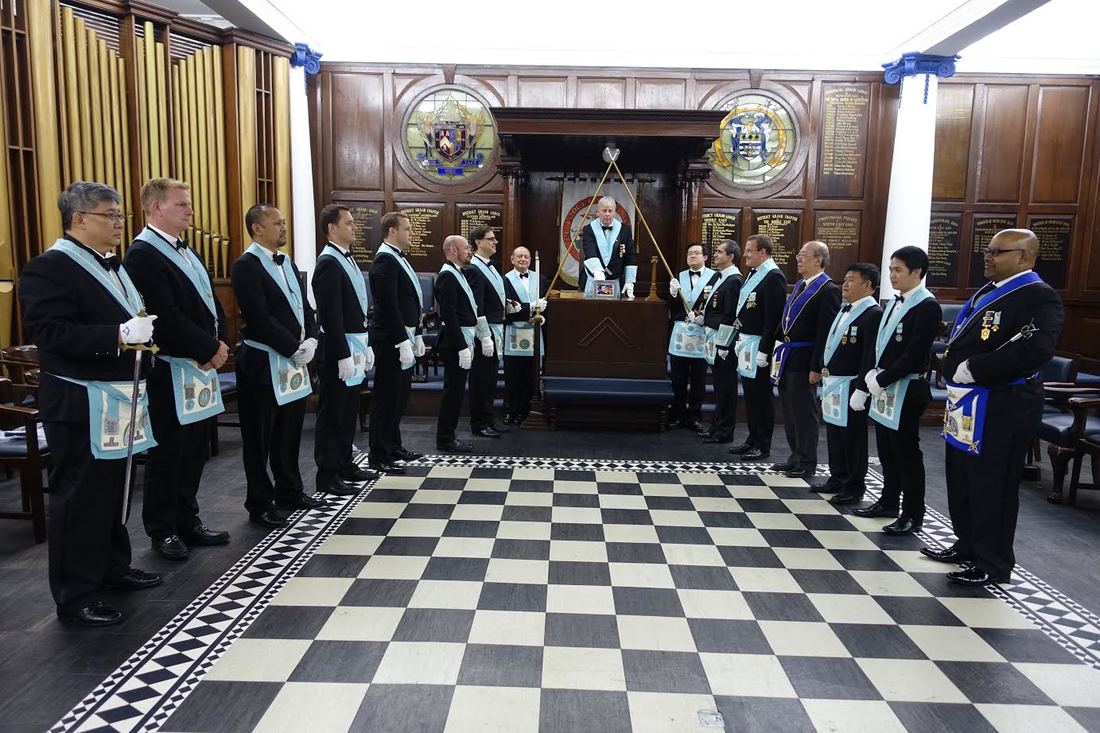 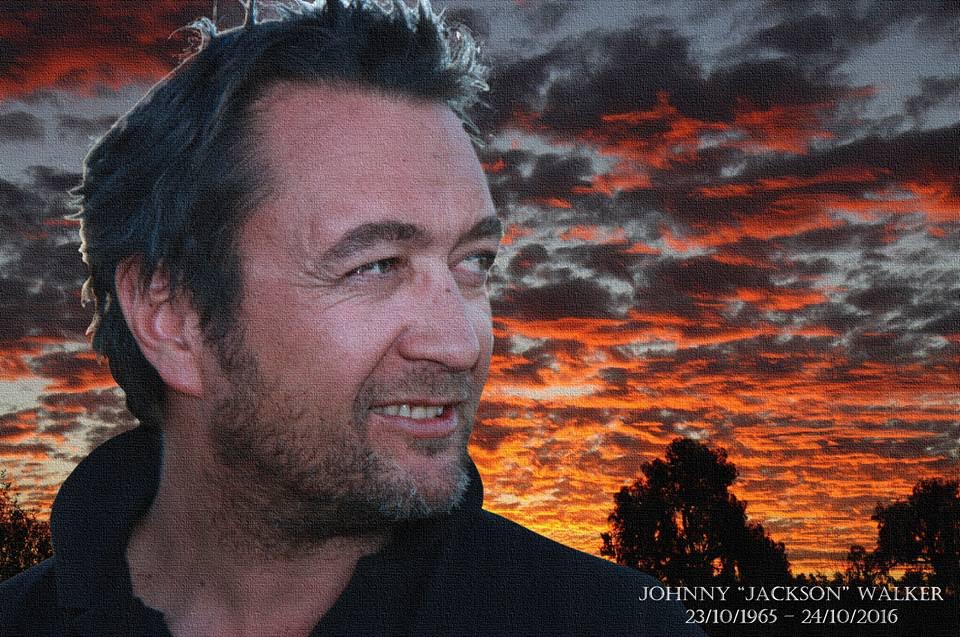